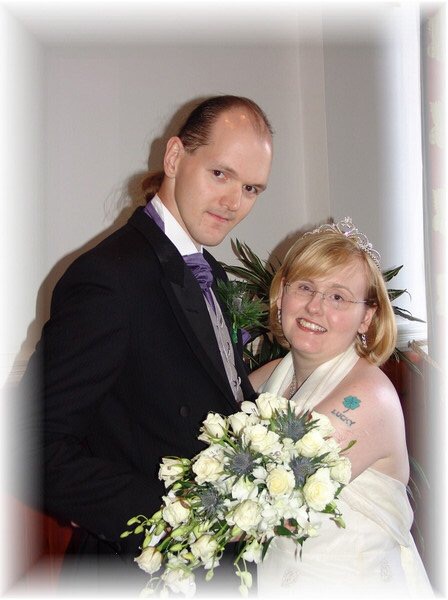 This post will go live on Tuesday August 13th 2019. August 13th is a very important date in my personal history for several reasons which I will elaboarate on here:

Wednesday August 13th 1997 was supposed to be a fairly boring day for me. I had managed to schedule two consecutive days off work from my role as a supermarket checkout operator and had hoped to go for a nice long bike ride to historic Culross Abbey in the afternoon following a routine G.P. appointment in the morning, but what really excited me was that my then-boyfriend had also arranged the day off on the 14th and had promised to take me to Blairdrummond Safari Park.

Little did I know that I wouldn’t make it to the G.P. surgery, never mind the Safari Park. As I was taking a bath in preparation for my appointment I suffered the massive stroke that would define much of my life going forward.

As August of 1998 approached I decided I didn’t want to spend the 13th dwelling on all the ways in which my life had changed over the preceding twelve months so I decided to do something on that day that I could look forward to instead of moping over all the things I had lost. After much consideration I decided to celebrate what I did have rather than mourn the things that had been sacrificed on the altar of brain injury. The most obvious thing I had going for me was, and still is, an incredibly close and supportive family who were with me every slow, unsteady step of the way. My parents have never shown anything but love and unerring patience throughout my recovery: even when I made it very difficult for them with my own self-loathing and doubts I’d ever be a whole person again. Because of this, the obvious way to mark this first anniversary was to treat my parents to dinner at one of my favourite local eateries. Even though I had a new boyfriend by this time I didn’t invite him as I wanted the evening to be about us as a family, our year of turmoil and how we had survived it.

The following years until 2005 followed much the same pattern: I chose to celebrate my survival rather than dwell on the tragedy of a young life so cruelly decimated. In order to preserve my mental health as much as possible I try to see the positive in as many situations as I can so I chose to see August 13th as the anniversary of me having survived an event that could easily have killed me, rather than the anniversary of losing the use of my left arm and the beginning of my troubles with energy, walking and the myriad other things stroke has made difficult for me.

The reason my strategy changed on Saturday August 13th 2005 is something of which I am incredibly proud and thankful to my husband for.

That morning I took a bath at my parents’ house just like I had eight years previously but this time I was not extracted by paramedics but got out independently, dried off and slathered myself in fragrant lotions before my Mum and best female friend helped me into white stockings and the most beautiful dress I had ever worn. Despite having barely slept the night before due to nerves I felt happy and healthy with just a hint of butterflies in the stomach which evaporated as soon as I stepped into the room where the love of my life stood with his best man and a registrar in front of our closest friends and family.

During the ceremony I had to fight back tears at one incredibly poignant moment which has stayed strong in my mind these past fourteen years: As he looked into my eyes to say: “I, Michael R. Q. accept you, Laura J. R. as my wife” all I heard and felt in his words and expression was “I accept you.” meaning he was taking me as I am, impairments, terrible taste in music and all. To this day I still can’t quite believe I have found someone not only willing, but happy to love me with all my many challenges. Whenever my self-doubt nags at me with the knowledge that he could have a wife without disabilities who could do all the things he would want to that I cannot, I transport myself back to those few moments in 2005 when he made me feel like the luckiest, most loved person alive.

Pretty much every year since 2005 we have done something fun or been on some kind of adventure. Some of my favourites have been:

2007: We were in Tokyo, enjoying the holiday of a lifetime before heading to Yokohama for the Worldcon. This was particulary exciting for me as some of my many dark thoughts in the days following the stroke were: “Looks like I’ll never get to see Japan or Iceland.” and “Guess I’ll die an unloved virgin.”. So to be in Tokyo with my husband on the tenth anniversary of the stroke was an incredible achievement.

2009: We were driving to Coventry to attend an anime convention Mike was involved in running. This was repeated in 2011 and 2013. In those years our romantic anniversary meal was breakfast at Tebay Services Southbound.

2012: We were in Chicago for the Worldcon

2014: I took Mike for a fancy afternoon tea in London while we were attending the Worldcon.

2015: We spent a week in New York City staying in the hotel where we spent our honeymoon. On the day of the anniversary I fulfilled a dream of mine by taking Mike for a surprise helicopter tour over Manhattan.

2017: In a hotel room in Helsinki I thought about how many years it had been since the stroke for the first time in twelve years and only because it suddenly occurred to me that it must have been twenty years ago. Once again, we were attending Worldcon.

At the time of this post’s publication I will be on a ferry from Cairnryan to Larne en route to Dublin 2019: An Irish Worldcon where we will no doubt be enjoying our romantic fourteenth anniversary lunch at sea.

In conclusion, my advice for coping with the anniversary of a traumatic event is to reclaim the date. Obviously, getting married isn’t something that will work for everyone but there are myriad other ways to turn your negative into a positive: I personally recommend travel, spa treatments or just doing something you love that excites you.

2 Replies to “Anniversaries and dealing with difficult dates”

This site uses Akismet to reduce spam. Learn how your comment data is processed.